Fine dining will eat itself, unless someone can stop the culinary circle-jerk that has seen high-end restaurants around the globe become unwitting carbon copies of each other. Enter chef Jordan Kahn and Vespertine, a brand new LA eaterie that rips it up, starts again and ushers in the age of the cult leader chef and the disruptaurant.
​​
On the 26 March 1997, following an anonymous tip off, officers from the San Diego County Sheriff’s Department entered a rented mansion in the affluent community of Rancho Sante Fe, California. There, they found the bodies of  21 women and 18 men, members of the new age messianic UFO cult Heaven’s Gate, dressed in androgynous black shirts, sweat pants, box fresh black-and-white Nike shoes and closely cropped hair. Cult leader Marshall Applewhite, who claimed to be a higher evolutionary being from a ‘kingdom level above human’ had convinced his followers to eat a final, fatal meal laced with phenobarbital, telling then that their souls would ascend to a spaceship trailing the Hale Bopp comet where they would enter ‘Next Level’ bodies, allowing them to travel to Heaven, a physical planet according to Applewhite's unhinged mythos. 'If you want to go there…it requires…that you leave behind everything human’, said Applewhite in his final video message. 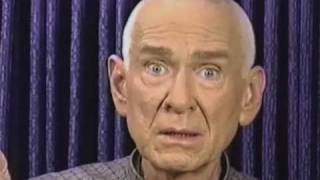 ​​
On 7 June 2017, the headline ‘Get Ready To Leave This World With Chef Jordan Kahn's New Restaurant Vespertine’ appeared on laist.com, referencing an interview that the Thomas Keller and Grant Achatz-trained chef had given to GQ magazine about the forthcoming opening of his second LA outlet, 'a gastronomical experiment seeking to disrupt the course of the modern restaurant' according to the restaurant's website. In the piece, Kahn, who named his other restaurant Destroyer after a comet, claims that the building housing the restaurant 'is a machine artefact from an extra-terrestrial planet that was left here like a billion years ago by a species that were moon worshipers' and that the food ‘doesn’t come from local-it comes from a place that doesn’t exist’. Waiting staff, reported GQ, will be ‘dressed in custom, androgynous uniforms’ and will serve ‘spaceship food’ (a shot of one of the restaurant’s dishes is captioned ‘What looks like wisps of plastic compose a dish made from white asparagus, macadamia nuts, and squid’) to a specially recorded soundtrack. 'The sound and the space [are] the transportive mechanism,' says Kahn in the piece, who is having wine glass labels etched off because 'those are all markers that remind people that they’re still on Earth.'

Despite having extra-terrestrials, comets, the disassociation from earthy matters and androgyny in common, it would be wrong to draw parallels between a dangerously unhinged cult leader and any ambitious young chef. Given that the Heaven’s Gate cult’s last meal was drug-laden apple sauce and ‘pudding’ washed down with vodka, it’s obvious that Kahn is a much better cook than Applewhite ever was. And let's be clear, one look at former FBI Behavioral Analyst Jo Navarro's list of 'dangerous traits of cult leaders' that includes 'demands blind unquestioned obedience', 'is arrogant and haughty in his behavior or attitude' and 'is hypersensitive to how he is seen or perceived by others' and you know that chefs and cult leaders are two entirely separate species.

It’s also highly likely that Kahn doesn’t believe a word of what GQ calls the ‘constructed mythology’ of Vespertine, whereas Applewhite was deadly serious. But the similarities, however accidental, are striking. Both have employed an elaborate utopian sci-fi narrative with a number of overlapping elements to persuade a group of people to take a particular course of action; Applewhite to, ostensibly at least, advance the evolution of mankind and Kahn to get fashion conscious foodies to part with $250 per head for a 20-course tasting menu.

Kahn is not alone in employing cult leader-style tactics. Dan Barber of Blue Hills in Stone Barns strikes a Redeemer-like figure as he evangelises from the TED stage or travelling the globe to preach his wastED gospel of sustainability and ‘creating something delicious out of the ignored or un-coveted and inspiring new applications in our food system’ which in practice turns out to be the world’s most paradoxical pop-up with rich and famous chefs jetting in from around the globe to serve dishes made with leftover latte milk, stale bread and broken rice at £15 a pop to over-indulged foodies on the roof of Selfridges, one of London’s most exclusive department stores. But ever mind the details, all you need to do is believe. 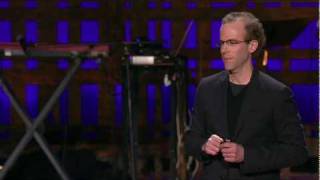 ​​
Chefs have become increasingly nomadic, a trait often found in religious cults, a lifestyle that separates followers from their families and social structures and increases reliance on the cult and its leader. In the 1970’s, Jim Jones led his Christian radical-left People’s Temple cult from its origins in Indiana to San Francisco and finally to Guyana in South America  where Jones persuaded over 900 of his followers to commit suicide by drinking cyanide-laced, grape-flavoured Kool Aid (like Heaven’s Gate, another cult where food and beverage played a crucial role - did someone mention the Eucharist?).
​​

In 2015, Rene Redzepi relocated 70 staff from his Copenhagen restaurant Noma to Japan for five weeks; the following year Noma was transplanted to Sydney for 10 weeks and then in 2017 for seven weeks in Tulum, Mexico. There are no doubt sound business reasons for a peripatetic restaurant (it was reported that Heston Blumenthal made $10million from a six month Fat Duck residency in Australia), but as well as hoovering up income from around the world that might not otherwise be accessible, there is an undeniable evangelical aspect to such a project, and one that sets up Redzepi as a leader that is followed to the ends of the earth.
Kahn, Barber, Redzepi et al don’t just want customers. Like Applewhite, they need followers. Fine dining is in crisis, and has been for some time (Patrick Kuh’s book The Last Days of Haute Cuisine was published way back in 2001).  Although every high-end chef is desperately trying to appear unique, the cutting edge is beginning to look dully similar. At international culinary congresses and award ceremonies like Madrid Fusion and World’s 50 Best, chefs meet, talk and demonstrate dishes to each other and post pictures of their latest creations on Instagram, ensuring that the globalisation of gastronomy is complete. One carefully tweezered plate of this and that looks, and tastes, very much like the next.

In reality, it’s time for chefs to abandon the draining elaboration that masquerades as creativity, that circles in on itself to ever diminishing returns, and go back to serving food that has a name, like steak Diane, tournedos Rossini and spaghetti carbonara, actual dishes that people understand and remember because they not just a collection of ingredients on a plate, but an actual thing, something more than the sum of their parts.  But too much is at stake, from the years of tribulation invested by young chefs like Kahn on their way to the top, to the vast sums of tourist revenue up for grabs from having the ‘world’s best restaurant’ in your city or country. And so the game continues. 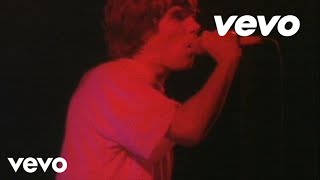 ​​
But what Kahn has done brilliantly is ripped up the rules. At a stroke, Vespertine, with its audacious, unearthly nonsense (‘a place of cognitive dissonance that defies categorization, exploring a dimension of cuisine that is neither rooted in tradition nor culture-it is from a time that is yet to be, and a place that does not exist. It is a spirit between worlds. A place of shadows and whispers. Future’, according to that stupendously over-the-top website that'd keep Private Eye’s Pseuds Corner fueled for months,) has pulled the rug out from under the local, seasonal foraging pack and left them looking decidedly work-a-day and last century.

That's not to say Vespertine is going to be all surface and no substance. Johnathan Gold, LA's most respected restaurant critic, called Kahn's food at the now closed Red Medicine 'stunning'. But what Kahn understands is that stunning food alone won't cut it; people want a superb meal far less than they need a great anecdote. Try telling someone about the exquisite, vivid flavours and matchless ingredients you experienced during the best dining experience of your life and watch their eyes glaze over.  But a meal in a spaceship served by hermaphrodites and cooked by a chef who looks like an alt-rock God? Now that’s what I call a Facebook/Instagram/insert-social-network-of-choice-here post.

At the highest level, restaurants have moved on exponentially from their origins as a place where you can sit and eat a meal, pay for it and be restored (the word restaurant means literally to ‘restore to a former state’). But such a simple, pure transaction is now beyond us; we expect and demand much more from eating food outside the home. It must entertain, excite, create memories and add to our bank of experiences that we can then relay on social media to give our lives meaning. We don't want to be restored, but changed. We want 'disruptaurants'.

Just as the followers of Jim Jones and Marshall Applewhite looked to their cult leaders to disrupt their ordinary lives with tall tales and the promise of adventure and new experiences, we now look to chefs to elevate us into the extraordinary so we can tweet and Instagram back to the earthbound masses about our expedition into the far reaches of the gastronomic galaxy. But exclusivity is all and Vespertine, today's news, will soon be tomorrow's fish and chip paper. As global interconnectivity gobbles up and spits out novelty as quickly as it can be created, what is left for the high end operator hoping to attract that most jaded of Johns, the fine dining enthusiast? 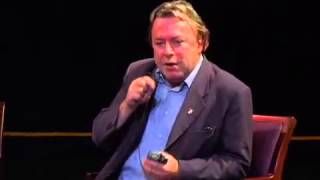 ​​
Jones and Applewhite proved that there's nothing more exclusive than death. As Christopher Hitchens once observed, ‘Monothetic, messianic religion, with a large part of itself quite clearly wants us all to die. It wants this world to come to an end. Those of us who have chosen rightly will be gathered to the arms of Jesus leaving all of the rest of you behind. If you don’t believe that there is to be an apocalypse, there is going to be an end, a separation of the sheep and the goats then you are not really a believer. We are the pure and chosen few and all the rest are damned, there’s room enough in hell for you'.

We won’t be satisfied until we find the disruptaurant that will change us forever. We will be finally happy when a cult leader/chef opens Heaven's Plate where we'll obediently drink the cyanide-flavoured Kool Aid and spoon up the our phenobarbital pudding and with our dying breath, type one last post on social media before we escape into eternity; 'Heaven's Plate is to die for'.

essay writing service australia said…
WOW! people who visit those restaurants where such a multi talented chefs who not only serve foods but also entertain their customers by adopting different concepts of serving foods must be amazed.
11 September 2017 at 05:43